The annual Christiaan Brunings Lecture brings together the scientists, practitioners and managers of rivers and estuaries.

The 6th Brunings Lecture “Futures of coastal marshes” was held on January 12, 2021. For those who missed it, or for those who’d like to attend it again: please watch the videos below. 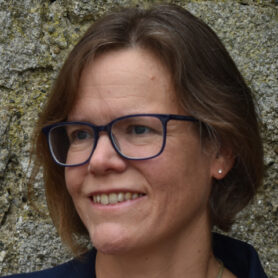 Prof. Iris Möller , Trinity College Dublin – the international perspective. Prof. Möller is a coastal geomorphologist working on how physical and biological processes interact at the coast. She uses these insights to work with others on integrative solutions for flood protection, coastal erosion and seeks to take advantage of the many benefits healthy ecosystems have for humans.

Watch the lecture by Iris Möller: ‘Drie Vliegen in Een Klap’ – A vision for coasts that deliver biodiversity, carbon capture, and coastal protection

We live at a time in human history of unprecedented environmental change. Global sea level rise and the way in which it has accelerated over recent years as well as extreme coastal events will be ‘felt’ by many, even if mitigating actions limit the projected climate change trajectory. At the same time, we are experiencing an unprecedented decline in biodiversity and continued environmental degradation. The EU, under its Green Deal, has set ambitious carbon reduction and biodiversity targets.

Arguably, a scientifically informed coastal management accompanied by coastal restoration efforts has never been more pressing. We know that sea level rise and extreme weather is perhaps easier to blame for the risks to which human populations will be exposed than the trends of intense coastal human development and a history of coastal (mis)management that we know together to also contribute to the 2-3 magnitude increase in coastal flood damages some expect by 2100 across the world.

We now have the science to know that coastal environments, such as coastal wetlands, are immensely important in the endeavour to create more resilient coasts with reduced flood and erosion risk, increased capture carbon, enhanced biodiversity, mental health and physical wellbeing, as well as commercial opportunities, particularly for agriculture and fisheries.

Iris’ talk will review, by way of a very personal research ‘story’, where we are in terms of our knowledge of flood and coastal erosion protection provided by coastal wetlands, what challenges we face in applying this knowledge, and how we might start to address those challenges. Anyone interested in achieving more sustainable and multifunctional coastal protection / risk reduction solutions should find this talk of interest. 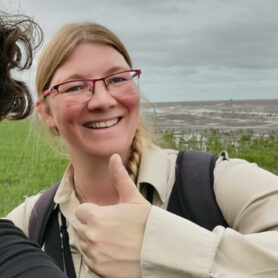 Watch the lecture by Kelly Elschot: Salt marshes in the Wadden Sea – past, present and future

Salt marshes form an important part of the World heritage site the Wadden Sea. Four main types can be distinguished based on geomorphology: back-barrier marshes, foreland marshes, Hallig marshes and green beaches. At present there are almost 40.000 ha of Wadden Sea marshes, but in the past this has been much more extensive and large areas were lost due to land reclamations for agricultural purposes and later on for coastal defences. Almost half of current marshes are located on the back-barrier islands which developed naturally and about half along the mainland coast which are almost all from anthropogenic origin (former land-reclamation works). In the late 1980s the value of foreland marshes for nature became increasingly important and a switch was made from reclamation to conserving them for nature purposes. Ever since attempts have been made to increase their naturalness, e.g. by reducing ground work on the dense drainage system. A long-term monitoring program shows their development since the 1960s up to now.

Future enhanced sea-level rise poses an important risk for the Wadden Sea salt marshes and they need to accumulate enough sediment to keep up. However, not all marshes and marsh zones accrete similarly. In this presentation, we will discuss different marshes and what factors control local marsh accretion rates. To include a glimpse to the future, we will use a back-barrier marsh in the Netherlands with soil subsidence to mimic future accelerated sea-level rise and determine its impact on vegetation and marsh elevation. 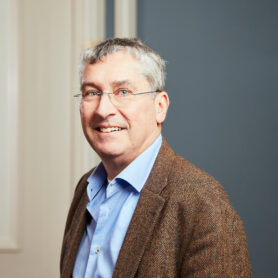 Prof. Piet Hoekstra (Utrecht University, Wadden Academy) works on systems understanding of biomorphodynamics and society in tidal systems in the Wadden Sea and the tropics. He will reflect on both talks and invite discussion.

Watch the reflection and discussion by Piet Hoekstra: