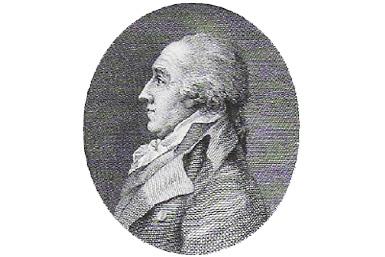 Christiaan Brunings (1736-1805) was the first president of the Directorate-General of Public Works and Water Management (Rijkswaterstaat). He was also the inventer of a brilliant instrument to measure flow velocities in rivers, and his measurements are still used today for science and management of the Rhine River delta in the Netherlands.

Asked for and unasked for advice
Born as the son of a German clergyman, the financial situation of Brunings’ family did not allow him to finish his studies at the University at Heidelberg, Germany. In his twenties he settled down in The Netherlands, where he met Jan Noppen, the inspector of a large regional water management institution. Under his supervision, Brunings studied music, mathematics, astronomy, physics, and civil engineering. After the death of Jan Noppen, Brunings succeeded him and started his career as water manager.

Brunings gave asked for and unasked for advice and was listened to. He played an important part in the negotiation between the King of Prussia and important Dutch regional waterboards about the water discharge distribution of the river Rhine. In 1771 these negotiations resulted in one of the first international treaties on water affairs. Within the framework of this treaty on the division of flow discharge over the distributaries of the river Rhine in the Dutch delta, measurements of the actual flow division were needed. Brunings invented a clever instrument to measure flow velocities in great detail. He dedicated his life to the foundation of a national water management institution in The Netherlands, presently Rijkswaterstaat, which was established on April 11, 1798, with his installment as the first president. Brunings died in 1805 in the arms of his successor and best friend, Frederik Willem Conrad.