Dr. Friederike Bungenstock, Head of research of the Department of Coastal and Quaternary Geology at the Lower Saxony Institute for Historical Coastal Research
Wadden Sea archives of changes in past sea-level and landscapes

The response of coasts to global sea-level rise is highly variable even on a regional scale. Knowledge of driving coastal processes alongside the regional sea-level history is therefore indispensable when the response to global sea-level rise is to be assessed.
Sea level data for the tidal basin of the East Frisian Island Langeoog have been collected and evaluated by profile sections and seismic tracks in order to create a Holocene sea level curve representative for this area. Combined with an existing model of the base of Holocene deposits (NIBIS map server, official portal to the Geodata of the Lower Saxony Soil Information System NIBIS), assumptions of paleo tidal ranges and the lithostratigraphical data of more than 5000 cores, archived at the LBEG (Geological Survey of Lower Saxony), palaeogeographical maps from 9000 BP onwards could be reconstructed. Although there is a lack of absolute chronology, these maps deliver a general picture of the depositional history and change of lithological units over time.

Due to the lack of datings and further landscape information mainly on vegetation history and ecological parameters these maps initiated the WASA (Wadden Sea Archive) project. The interdisciplinary research project integrates sedimentology, hydroacoustics, geochemistry, palaeoecology and archaeology in a multiproxy approach involving exploration, analysis and predictive modelling. The focus of the project is to identify and investigate coastal archives in order to reconstruct the development of the Quaternary palaeo-landscapes and to model the environmental conditions for site location preferences of former human societies. 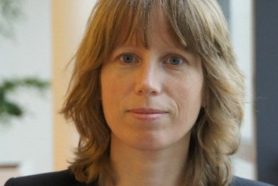 Rising sea-levels increase the risk of coastal flooding, erosion of the coastal environment, and reduce fresh water availability for drinking water and agriculture through salt water intrusion. In many coastal regions sea-level rise scenarios are used for coastal management decisions. Uncertainty about amount and rate of sea-level rise complicates decision making on adaptation. Exploring alternative sequences of adaptation pathways can support decision making despite the uncertainties about future sea levels.
In this presentation, we will present adaptation pathways to uncertain sea level rise for different coastal archetypes. For the Dutch delta, we show different pathways to maintain the coast, reduce flood risk and supply fresh water. Finally, we will discuss how potential high-end and accelerated sea-level rise could be a game-changer for coastal adaptation.